The turbo engine, its pros and cons 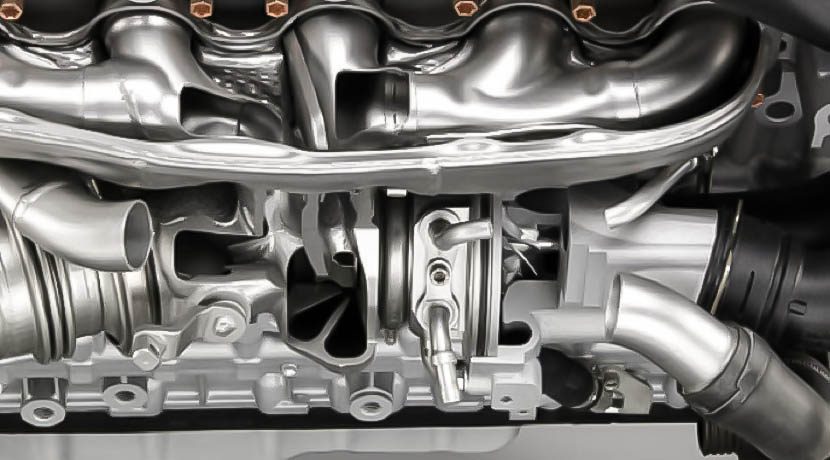 The engines equipped with turbo have become very common nowadays. Thanks to them, our cars are more efficient and have more power. But not all are advantages . There is also a series of inconveniences that can make us wonder if we want an engine with these characteristics. Here are the pros and cons for you to be clear.

First, a brief review of the mechanism . The turbocharger uses the exhaust gases to increase the amount of air that enters the engine. To fulfill this function, it has two main elements. The first one is the turbine and the second the compressor . The exhaust gases pass through the turbine by turning the turbo, which will push the air through the compressor to gain pressure. Once it is in this state of high pressure (and therefore more speed), the air is sent to the intake manifold.

One of the great advantages of turbo engines is performance . Motors with this device can get more power with less displacement. Something especially noticeable in sports vehicles. However, it is not necessarily a question of maximum power, you also want to increase the torque . 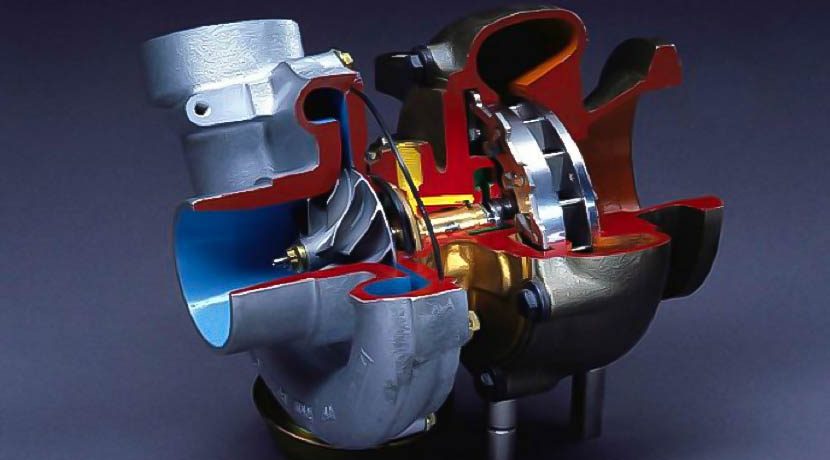 Turbo engines have the delivery of their maximum torque much sooner than the atmospheric ones. For those who are not familiar with the term pair, this means that they begin to push hard before. For example, an atmospheric engine like the one of an Opel Astra 1.4 with 100 HP of 2010, delivers the maximum torque at 4,000 rpm . In contrast, its replacement that came in 2106, the Opel Astra 1.0 Turbo with 105 HP, reaches its peak at a much earlier 1,800 rpm . The result is a more comfortable driving, in which you do not have to resort to changing gears as much, because the car responds strongly much earlier in the revolution counter.

Turbocharged engines greatly facilitate energy recovery , because they take advantage of the exhaust gas velocity. They have to revolutionize less to get the same performance. That's why they consume less when you have to turn the engine less times, with the consequent decrease in internal friction . In addition, with the inclusion of the turbo in recent years is tending to the reduction of size of the engines (downsizing). Which causes a further reduction in friction and a decrease in the weight of the engine.

Engines with turbo work correctly at any altitude , whatever your level with respect to sea level. The atmospheric ones lose power because the air that enters the engine has less oxygen and they do not have any way to force their entry into the engine. Those with turbo detect that there is less oxygen and the control unit gives the order to the turbo of to blow with more pressure .It uses the same oil as the engine and does not require any extra work in the workshop to keep it in optimum condition. What it does require is a extra care by the driver. We recommend that you take a look at the article Let's take care of the turbo of our car, to know what are the good habits so that it lasts the same as the car itself.

One of the most listened to disadvantages of turbos is that your answer is not immediate . It takes a few moments to compress the air that enters the engine intake and therefore there is a lag from the moment the throttle is pressed until all the power that we are asking for comes in.

There are several ideas to eliminate or minimize the turbo delay . For example, the engine with one turbo for each cylinder that was patented in 2017. By having placed each turbo very close to the cylinders, the pressurized air arrives very soon at its destination. Another solution is the one applied by Mercedes, which places the turbochargers inside the "V" of the engine, to minimize the distance traveled by the exhaust gases to the turbo.

There is also another system used by some engines. Ford as 2.3 EcoBoost newly acquired by the Focus ST, which maintains fuel injection in the engine when the driver lifts off the accelerator. In this way it keeps the revolutions of the turbo and therefore the air pressure. Of course, this mode of operation is only used when the sportiest driving modes are activated, otherwise the fuel consumption would be triggered.

If you want know more about the turbocharger or turbocharger, do not miss the article about its operation. You may be interested
20.06.2019 Author: Jim
Views: